I completely understand how hard it can be for you to get up every single day and go to the gym.  Fitting the gym around work and family commitments can take a special effort.

When it comes to physical fitness and health, many of us are just plain lazy. There are no other words to describe it. You want to do something with your body but at the same time, you really don?t want to do what is necessary.

It takes mental and physical work and who wants to work?

We battle with every time we think about going to the gym or going for a run. They keep telling us that we can work out later, knowing damn well that we aren?t going to.

For those of you that struggle beating the lazy person inside of you, this is 9 ways to Lose Weight for Lazy People

For most people that want to lose weight initially cut out their carbs.  However carbs and sugar both have the same effect on your bloodstream, insulin and brain.

Sugar is addictive. It releases a dopamine to the brain causing a natural high.  Dopamine is the main neurotransmitter involved in addiction.

A major factor when it comes to laziness is sugar. Most people tend to go for sugary items when they?re not doing anything or sitting on the couch watching television.

They are the easiest to grab. You never have to worry about making them because they are packaged for you! It?s why you grab that soda or eat that cookie.

You don?t have to cut out the sugar completely, but if you want to see a little change in your body, it?s important that you put a limit on your sugar intake.

Slowly take away the amount of sugar you take in and eventually you?ll be to the point where you may not even realise you don?t even need to have that piece of candy in your everyday life.

If you find that the temptation is too high then just don?t buy it that way it wont be in the house!

One of the oldest tricks in the book for getting around this is to simply use smaller plates, cups, and bowls.

If you use a smaller plate, the same amount of food looks bigger, so you?re basically tricking your brain into feeling fuller with less total food, without having to do all that hard work of counting calories. Great!

When you are eating dinner  it can be tempting to eat until you actually feel full. You don?t still want to be hungry at night when you?re in your bed.

Because we want this feeling, we may end up piling the food on our plate. As good as the plate may look; do you really need that much food on it?

You?re going to look at the plate and your mind will be tricked into thinking your stomach is full.

Typically when you see the food disappearing on your plate, your stomach reacts and it?ll feel like you?ve eaten a full plate. Technically you did, but the portion size is much smaller.

Smaller portions will definitely help you not gain weight and will play a major role when it comes to you losing weight the lazy way.

Acetic Acid is the main component in apple cider vinegar. Acetic acid is a short-chain fatty acid that dissolves into acetate and hydrogen in the body.

Some animal research suggests that the acetic acid in apple cider vinegar may lead to weight loss in several ways:

Lowers blood sugar levels: In one study, acetic acid improved the ability of the liver and muscles to take up sugar from the blood.

Improves metabolism: Another study i exposed to acetic acid showed an increase in the enzyme AMPK, which increases fat burning and decreases fat and sugar production in the liver.

Reduces fat storage: Treating obese diabetic rats with acetic acid or acetate protected them from obesity and increased the expression of genes that reduced belly fat storage and liver fat.

Burns fat: A study in mice fed a high-fat diet found a significant increase in the genes responsible for fat burning, which led to less body fat buildup.

Suppresses appetite: Another study suggests acetate may suppress centres in the brain that control appetite, which can lead to reduced food intake

The amount of apple cider vinegar used for weight loss is 1-2 tablespoons (15-30 ml) per day, mixed with water. It is best to spread this out into 2-3 doses throughout the day, and it may be best to drink it before meals.

Just because you’re lazy doesn’t mean you should sacrifice sleep, as getting seven to eight hours of sleep each night can prevent weight gain.

Some studies show that a lack of sleep affects hunger-controlling hormones in your body, making you end up with cravings for fatty, unhealthy food during your waking hours.

When you give in to these cravings, you can gain weight. Also, if you lack sleep, it means that you’re awake longer, and have more time to eat and sabotage your diet.

Are you really hungry, or are you just thirsty?

Over 60% of the time people respond by eating instead of drinking.

Have a glass of water before meal, this will not only hydrate you but also make you fee fuller and stop you from overeating.

If plain water sounds boring, you can add some lemon, mint or cucumber to make it taste extra refreshing.

A study published in the journal Obesity found that people who drank two cups of water before eating consumed 75 to 90 fewer calories over the course of a meal than they would otherwise.

This may simply be because water is filling, but researchers note the added H20 may well be displacing calories otherwise spent on calorie-laden beverages

Some of you may be lazy but super-fast when it comes to eating?

You can eat your dinner under 5mins and you?re always the first one of your friends to finish eating.

Sit down, take your time, and enjoy what you?re eating. Take time to savour every bite. Make it seem as though you are genuinely enjoying the food you?re eating.

Eating slower tricks your body into thinking that it is getting fuller faster. It takes your brain about 20 minutes to register if you are full or not so eating slower definitely helps.

Even if you are a moderate drinker, the calories you consume from alcohol can impact your attempts at weight loss.

Depending on what you drink, those calories can add up to a thousand calories or more per week.

It?s not just the calorie cost of the booze that makes drinking bad for weight loss. There are other reasons to reduce your drinking if you want to lose weight.

Calories are also easy to over consume when they are liquid. Drinks don?t fill us up like food does.  So if you?re drinking your calories, you could easily still end up hungry and craving food.

Alcohol makes it so your body stores fat. It helps your body maintain its fat. It does not help with any fat loss.

When you consume alcohol, it takes priority as fuel in your body. In essence, you have to burn off all the alcohol you have in your system before your body burns off anything else.

In addition, drinking may derail your metabolism. If you skip workouts to head to happy hour, you’re probably going to burn fewer calories during the day. And you may even be more sluggish and less active on days following drinking.

According to a study, when our alcohol consumption goes up, our diet quality tends to go down.  Researchers found that when we amp up the booze, we are likely to eat less fruit and consume more calories from a combination of alcoholic beverages and foods high in unhealthy fats and added sugars.

Save those iced coffees and milkshakes for an occasional treat and learn to love the green stuff ?  tea! Green tea is known to reduce belly fat, boost metabolism and help digestion, so drink up!

It?s nice to treat yourself to a meal out with friends every once in a while, but restaurant portions are always much bigger than anything you would normally make at home.

You also generally have no idea how many calories are in the meal or all the ingredients.

Their research spans 60 years of proof, Combined with the results from 10?s of 1000?s of women across the globe have already proven that ladies like you only steps away from signaling a supercharged fat-loss doubling effect within your body.

THERE IS ALSO A 60 DAY MONEY BACK GUARANTEE! 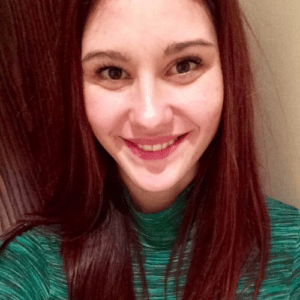